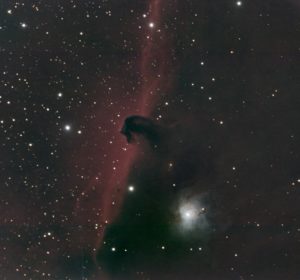 Over the Sept new moon, I chose to travel South to Calhoun County park near Grantsville, WV.   Last week I sent an update on the park itself, with pictures of the cabin being built on the observing field.

It was easy to stay socially distant under the pitch dark skies of Calhoun.  On the 200 acre park, we had a total of (4) observers.  Two folks Frank and Jim from South Hills were set up on the knoll near the entrance.   I had the Meadowgold Mobile Observatory parked in the RV section to take advantage of the copious power hookups, and Andrew from Cleveland was in his normal spot way back in the back field.  We did have some daytime visits from the locals, and a high school cross-country track meet on the 5KM trail that runs through the woods around the park.

Calhoun is very accomodating to astronomers.  Folks who don’t want to bring a tent or camper can bunk upstairs in the community building and the South Hills folks did that.  The pole light has a switch and when that is turned off, it is remarkably dark on the field.  This time of year, it is my favorite place – dark as Cherry Springs but usually 10-15 deg warmer.

I arrived later than I wanted to on Tues (typical), and after briefly checking out the knoll by the entrance, decided to move back to the RV spots behind the community building, pretty much in the middle of the park.   I still had plenty of time to set up before dark.

Tues sundown showed a lot of haze from the wildfire smoke, and that affected viewing that night.  But I got some nebula imaging in and got everything dialed in.

Weds evening was a wash – cloudy all evening.   But this permitted me time on Weds and Thurs to try out working remote from Calhoun during the day.  Cellular service is known to be poor there, so I had added a cell booster to the MMO.  With the booster I could get 2 bars (-100dB) of 4G.  It was perfectly clear for cell calls, and workable for my internet hotspot to get work done.  Not fast enough for Zoom/Slack video calls though.

The skies cleared on Thurs right after sundown, and stayed clear thru Sunday night.   It was a very productive 4 nights for me.  Using KStars scheduler – my favorite lazy astronomer tool, I would schedule 3-4 objects at a time to image for an hour each (20 frames of 180sec), then hit the bunk for a nap.  Occasionally, I would pop outside to enjoy the horizon-to-horizon Milky Way.  In retrospect, I wish I would have brought my Dob to do some visual observing while the imaging was going on…

On this trip, on Denny’s suggestion, I switched to 180sec images and I have started using Dithering during guiding to compensate for hot pixels.

On this trip, I spent a lot of time on the smaller objects that I have never imaged before, so many of these aren’t the showcase objects folks are used to.